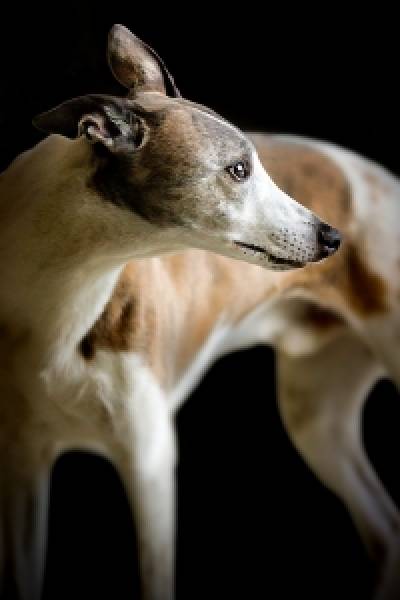 The basics – the dog with vomiting, diarrhea, weight loss, and unhappy owners Inflammatory bowel disease is an immune­related disorder in which the intestines are chronically or intermittently inflamed. A synonym, with the same abbreviation (IBD), is ‘irritable bowel disease’. Canine patients may experience vomiting, diarrhea, weight loss or a combination of any (or all) of these signs. There is a great deal of individual variation in the severity, duration, response to therapy, and long­term effects of having IBD.

I’d like to discuss IBD – inflammatory bowel disease. IBD is a condition in which the intestines are inflamed, meaning there are high numbers of inflammatory cells present in the lining of the digestive tract.

This inflammation causes structural changes in the mucosal lining, which results in dysfunctional digestion and interferes with the body’s ability to break down and absorb nutrients from food.

The inflamed intestinal lining becomes injured and weakened, increasing permeability and allowing toxins such as partially digested proteins and allergens from the gut to leak into the bloodstream. This is a condition known as dysbiosis, also called leaky gut. If the inflammation isn’t resolved, in time it can create a host of other serious health problems for your dog or cat.

It's important to note that inflammatory bowel disease is not the same thing as IBS, which is irritable bowel syndrome. Many people confuse the two and actually a lot of vets even use the terms interchangeably. The symptoms can be very similar, however, the central feature of IBD is inflammation.

A pet with IBS may or may not have inflammation in his GI tract, meaning that the symptoms are there, but the structural tissue changes have not yet occurred.

Also, IBD is not associated with stress, but IBS is. For instance, a dog that’s engaging in competitive events is significantly more likely to have IBS than a dog that is not competing.

There are thought to be several factors involved in the development of IBD, including diet, gut bacteria, a pet’s living environment, and overall immune system function.

To that list I’ll add a few other causes I’ve seen, including GI parasites like roundworms, hookworms, tapeworms, coccidia, and giardia, as well as antibiotic and steroid therapy. I see a lot of patients at my clinic who have had repeated doses of broad-spectrum dewormers, but they are still having digestive issues. When I check fecal samples, I often find the presence of coccidia or giardia.

Broad-spectrum dewormers don’t take care of these particular parasites. A lot of people automatically deworm any pet with loose stools, which is a poor approach.

Giardia causes intermittent diarrhea and chronic low-grade inflammation of the GI tract, and can be resistant to many of the dewormers veterinarians prescribe. I’m really opposed to automatically deworming animals on a routine basis without first determining what parasite is present, and then developing a correct treatment protocol based on those findings.

Another traditional veterinary response to GI inflammation is to prescribe antibiotics. Sadly, there are still many vets who assume there isn’t a condition out there that a couple rounds of antibiotics can’t fix.

The problem, of course, is that these medications wipe out all bacteria – both good and bad.  As the animal’s body tries to replenish its own bacteria, an imbalance often occurs, because the underlying unhealthy environment isn’t addressed.

There are too many unhealthy bacteria or yeast and not enough healthy bacteria. This imbalance sets the stage for a condition called leaky gut and, of course, more symptoms that often take the pet back to the veterinarian for further treatment.

Prednisone is a steroid that suppresses inflammation and the immune system, turning it down or completely off. Once the immune response is muted, the symptoms can be temporarily resolved, and it appears the animal is cured. Of course, the condition has not been cured, because the symptoms have only been suppressed.

The same principle applies when you treat symptoms of an illness without actually addressing the underlying root cause of the illness. Giving prednisone to resolve GI inflammation is the equivalent of shutting off your car to prevent a terrible noise from coming out from under the hood. The symptoms of GI inflammation will certainly return when the prednisone is stopped, just as the noise under the hood will return as soon as you restart the engine.

The most frequent and common signs of IBD are intermittent bouts of vomiting and diarrhea. Vomiting can contain undigested or partially digested food and sometimes a small amount of blood. But some pets simply vomit bile or even phlegm.

If the small intestine is inflamed, the condition is called enteritis. There can be vomiting, loss of appetite, a drop in weight, lethargy, and general malaise when enteritis is present.

The small intestine is where most of the nutrient absorption takes place. Inflammation in this area can result in malabsorption, a condition in which nutrients are not efficiently broken down and absorbed in the small intestine. The food ferments, which produces gas. When gas is produced, often bloating also occurs. There can also be abdominal pain and audible GI sounds like pinging and gurgling.

If the large intestine is inflamed, which is known as colitis, diarrhea will be the primary symptom. Often there is blood and mucus in the stool as well. Pets that only have colitis often have no other symptoms. They feel good, keep their appetites, and typically remain active.

Once the inflammation has progressed to the point of damaging the intestinal lining and creating a leaky gut, allergens in the bloodstream are being absorbed. They trigger a systemic immune system reaction, which means your pet’s body senses a foreign invader and mounts a really aggressive immune system response.

Usually, the result is allergies. But sometimes an autoimmune or immune-mediated disease develops. A simple explanation for this condition is that your pet’s body is basically attacking itself.

Unresolved inflammatory bowel disease can lead to secondary infections, organ degeneration, and nutritional deficiencies. It can even lead to GI cancer.

Secondary infections are very common in dogs and cats with IBD. This is a result of not having a balanced, healthy digestive system. Over half your pet’s immune function is located in his GI tract. If the intestines are inflamed and compromised, the immune system is compromised right along with it.

Secondary organ degeneration is common with IBD, especially in the kidneys and liver.

Nutritional deficiencies are also typical in IBD pets, because chronic low-grade inflammation disrupts normal absorption and processing of nutrients from the food.

There are two different diagnostic tests that are commonly done to detect IBD. One test is known as the “confirming test,” which is a biopsy. A biopsy is a little piece of tissue taken via endoscopy. Endoscopy is passing a camera or a scope through a pet’s mouth or colon to take a tiny piece of tissue, which is then sent to a pathology lab.

A pathologist assesses the characteristics common in the GI tracts of animals with inflammatory bowel disease. This is not my favorite test or even my first choice, because it’s expensive and it also involves putting pets under anesthesia.

The other test, which I do very commonly and routinely in my practice, is a functional gastrointestinal test using a blood sample. What I look for with this test are two types of B-vitamin absorption, the first of which involves folate.

Folate is a water-soluble B-vitamin that is not easily absorbed in the small intestines, unless it’s deconjugated there. If your pet’s small intestine can’t deconjugate folate, meaning it can’t break it down into an absorbable form, she can end up folate-deficient. In this case, her blood test will show low levels of folate. A low folate level means a pet’s assimilation and absorption of nutrients is poor, or her body is challenged by the deconjugation process, indicating disease or disorder in the small intestine.

If these bacteria bloom into an overgrowth, your pet can wind up with high folate levels, which is a condition known as SIBO – small intestinal bacterial overgrowth.

The second test I use to assess GI function involves another B-vitamin called cobalamin, which is bound to protein. Cobalamin is released from protein through a complex series of events that starts in the stomach and finishes in the small intestine. If cobalamin levels are low, we can assume this complex process is not occurring optimally. Cobalamin levels are a measure of digestion.

This is a lot of information, I know. But if you suspect your pet has IBD and you’re not interested in a biopsy right away, ask your vet to perform a functional GI test to help determine a diagnosis. In my practice, I also do two additional functional tests routinely – the TLI, and also a PLI. The PLI assesses pancreatic function.

Secondary pancreatitis is a very common condition in IBD patients.

Most vets recommend a bland diet for pets with IBD who have vomiting or diarrhea. Bland diets are fed temporarily until symptoms improve.

The bland diet I recommend is cooked ground turkey and 100 percent canned pumpkin or cooked sweet potato. The old-school bland diet of beef and rice isn’t as effective, in my opinion, because the beef is high in fat, which can increase inflammation and promote pancreatitis. Rice is a complex carbohydrate that tends to ferment in the GI tract, causing gas, bloating, and additional GI irritation.

If your pet has been diagnosed with IBD and you’re feeding a bland diet, I recommend that you meet with your holistic veterinarian to plan what comes next. You’ll need to choose a novel protein source and a novel veggie or fiber source as well. Novel foods will give your pet’s GI tract and immune system a much-needed rest. And the anti-inflammatory nature of the diet will support healing of the GI tract.

You and your holistic vet should also discuss appropriate supplements, including a high-quality pet probiotic to help heal and reseed the gut with healthy bacteria.

There are numerous Chinese herbs and nutraceuticals I use regularly that are excellent in helping to reduce GI inflammation and address dysbiosis and leaky gut. Whether these supplements are introduced before a dietary change, after a dietary change, or during the dietary change depends on your pet’s particular situation. Transitioning too soon or incorrectly can actually lead to a worsening of your pet’s symptoms, hence the need for professional guidance in most chronic IBD cases.

Other environmental and lifestyle factors you should address with your vet are future vaccines (which I don’t recommend) and the use of future drug therapies, as well as any potential toxins in your pet’s environment or lifestyle that could be contributing to unaddressed inflammation.