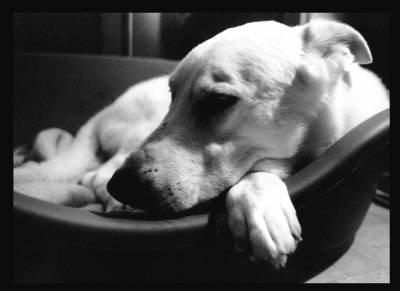 This is article is taken from Dr. Karen Becker

TO WATCH DR. BECKER'S YOU TUBE TALK ON THIS SUBJECT:

The gallbladder is a balloon-shaped organ, or structure that sits between the lobes of the liver. Bile that’s made in the liver is stored and concentrated here. Bile is released from the gallbladder and travels down the common bile duct through the pancreas and into the small intestine.

Functions of Bile in Your Pet’s Body

There are four main functions that bile has in your pet’s body. The first thing it does is alkalizing your pet’s small intestinal content. Bile has a Ph of 9.5; it’s very alkaline. The reason that bile has to be so alkaline is one of its primary goals, which is to neutralize the really strong acid that’s released from your pet’s stomach with the food into the small intestine.

Dogs are scavenging carnivores; cats are obligate carnivores. This means their bodies are able to consume raw, living, potentially disease-ridden meat. Cats catch barn mice, which can be full of whole hosts of different viruses, bacteria, and even fungi.

The third function of bile is stimulating peristalsis, the act of moving food down the small intestine to be able to effectively process and absorb it.

The fourth thing that bile does is to perform its immune function. Over 50% of your pet’s immune system is located in its gastrointestinal tract. Your pet has hundreds of lymph nodes along the small and large intestines, and they’re called Peyer’s patches. Bile has a strong immunoregulatory function in your pet’s gastrointestinal tract, which means it balances your pet’s GI system. It prevents an overreaction. If you think about dogs and cats and everything that they eat, they eat a lot of foreign antigenic, allergy-stimulating material. Bile does a really good job of quieting down and balancing the immune system overreaction to some of these really noxious antigens.

Bile also has antibiotic and antifungal properties. Bile by nature, is germicidal. It kills fungus, bacteria, yeast, and even viruses.

Many factors can affect bile flow in your pet. When normal bile flow slows down, it’s called bile sludging. This means that the bile, instead of being fluid, becomes too thick. If bile sludging occurs for a long-enough period of time, your pets can end up with gall stones. Unfortunately, gall stones are very common in veterinary medicine. We don’t tend to address them until the end stage when, of course, the gall stone has already occurred.

We need to talk about some of the reasons why there is abnormal bile production in pets. The first reason is nutritional deficiency. If your dog or cat is deficient in phosphatidyl choline, glycine, or taurine, you can end up with a bile sludging problem in your pet.

Environmental toxins can also cause bile sludging. Not just flea and tick prevention, but also dewormers, vaccines, air, water chemicals, toxins that are in your pet’s food, aflatoxins and microtoxins that are in processed foods all can affect normal bile flow from your pet’s gallbladder.

What this results in are three major issues. Bile deficiency in the intestine is what’s most common. Ultimately, what happens is that your pet has signs of indigestion. Your pet has acid reflux and ulcers, because the strong hydrochloric acid is allowed into the small intestine.

Without bile to neutralize this, your pet can have small intestinal ulcers, which cause bleeding, GI upset, anemia, and some conditions.

If you have bile deficiency in your pet, peristalsis does not happen, and your pet can become constipated. What happens through constipation is that normal toxins aren’t released through normal bowel movement.

You can see a purging episode when your dog or cat is not passing feces for several days, followed by an explosive bout of diarrhea and then several more days of constipation. That could be a symptom of bile deficiency happening in your dogs and cats.

Autoimmune reactions within the gastrointestinal tract, as well as small intestinal bacterial overgrowth and symptoms of inflammatory bowel disease, have all been linked to bile insufficiency in dogs and cats.

The second thing that can happen is bile backwash, which means that the gallbladder becomes backed up with bile. This, in turn, backs up the liver and creates the condition called cholangiohepatitis, the stagnation of the gallbladder and liver secondary to the bile not flowing out of the gallbladder effectively.

When pancreas function is not up to par, your pets can ultimately end up with type 2 diabetes, because there’s simply not enough pancreatic tissue left to produce adequate amounts of insulin.

I would encourage you to contact your integrative veterinarian to not only make a diagnosis, but to be able to put together an integrative protocol to effectively address gallbladder stagnation before you have major problems and require surgery.

GALLBLADDER:  PROBLEMS & HOW TO DIAGNOSE/TREAT

We often hear about people having gallbladder problems but don’t ever think about our dogs experiencing any of these problems. If they did, how would they relate that to us? In fact, many people who have gallbladder problems or stones don’t even know as it may feel just a little more than a stomach ache.

Digestive disorders in dogs are probably the most common of all dog's health problems. More than likely because of the things they manage to put into their mouths. Gallbladder problems are not that common. But it can happen and it is well worth looking into as a precautionary measure should that ever happen. Most of a dog's digestive disorders are caused either directly or indirectly with the liver, pancreas or organs of the digestive tract, which play an important part in the processing of the food your dog eats. But sometimes the problem can be centered in the gallbladder.

The dogs’ gallbladder is a small tough skinned sac-like structure in the abdominal cavity, attached to the liver and the pancreas. It is rather small and pear shaped (the size of a golf ball) in a German shepherd. What it does is store bile, an acid, an alkaline fluid containing water, electrolytes, various acids and a yellowish pigment called bilirubin. These liquids then are secreted as needed through the liver and discharged into the small intestine to help with the digestion and absorption of fats. A dog produces bile throughout the day.

A most common gallbladder problem can be an obstructive one caused by a swollen pancreas as a result of a pancreatic tumor or scar tissue. The bile cannot get out so the gallbladder gets backed up and can get into the dog’s blood stream. Another problem can be gallstones which dogs can get, just as humans do, though they are clay like in texture and can cause the gallbladder to burst if left untreated. The final obstruction is caused by a buildup of thick bile and mucus called a biliary mucocele. This gallbladder disease if not treated, with the abnormal bile provides a great breeding ground for a bacterial infection; inflammation and swelling, which in turn may cause the gallbladder to burst.

An educated pet owner is the best kind of caregiver as the symptoms for gallbladder problems are very similar to many other conditions, such as vomiting, poor appetite, lethargy, pale colored stools, weakness, poor coat condition, and a tell tale sign of jaundice of which the eyes and gums seem to have a yellowish tinge to them.

Gallbladder problems in your dog can be treated with antibiotics for the non-obstructive problems. There are some other medications that can be used to stimulate the secretion of bile and move it into the intestinal tract. Surgery is required if biliary mucocele is present or if there is a mass that does not respond to medical treatment. Gallstones can also be surgically removed or the gallbladder can also be removed without hurting the life of a dog. A dog can live without a gallbladder, just as a human can.